I'm just doing a pictorial blog today.  This is a section of the main street at night. Just tacky shops mostly. 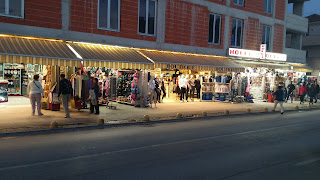 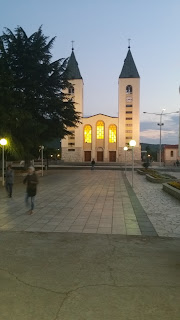 And of course the church all lit up. It is by far the most impressive building in Medjugorje. Note also that "night" doesn't fall until about 8:00 pm or so. Apparently sunset in Sarajevo was supposed to be at that time. We are a few hours' drive south of that. As you can see,  it is still quite light after that time. 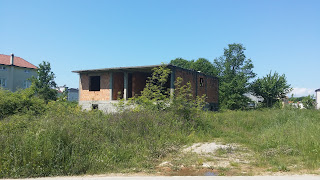 This is so typical around here. Houses that have been started and never finished, just standing derelict. I guess the money ran out. You also see buildings obviously meant to be "pensions" or guest houses, quite large but never finished. 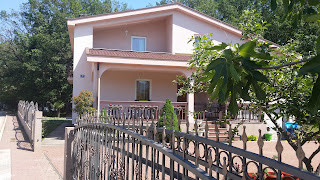 While there is a lot of poverty (not the kind of poverty you see in some African, Asian and South American countries but they are generally poorer than a typical Western/European country) there are some nice, middle class houses, like this one. 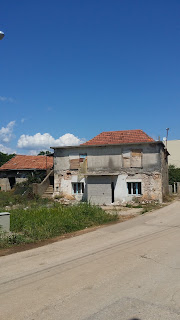 And, finally, here's one that has known better times. There are loads of them too.

Only one full day to go here then on Monday it's back to Dubai.